You absolutely must go read this enthralling and shattering story about Dasani, a 12 year old girl living "homeless" in New York. 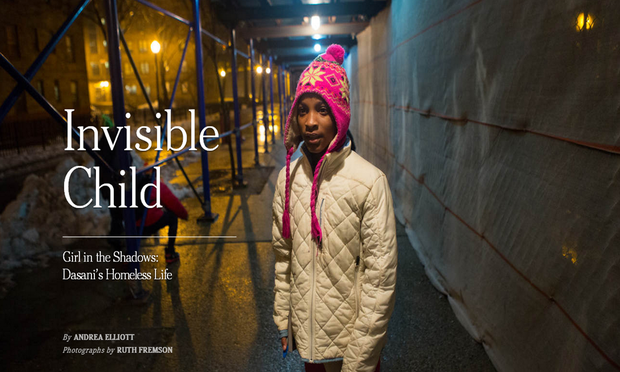 Journalist Andrea Elliot observed and interviewed Dasani and her family for over a year. She paired with photographer Ruth Fremson to provide some of the best journalism I have seen in a long time.

The story follows Dasani from the fall of 2012 and describes her life with her parents and seven siblings in a one room "apartment" in a homeless shelter in Brooklyn. The family eventually ends up living there for over 2 years, sharing communal showers and toilets and a community kitchen.

It discusses the sad facts that there are more homeless children in New York now than at any other time in history, including the Great Depression. This combined with the fact that the shelter system is very broken means that homeless families have trouble breaking out of the cycle of poverty and homelessness. 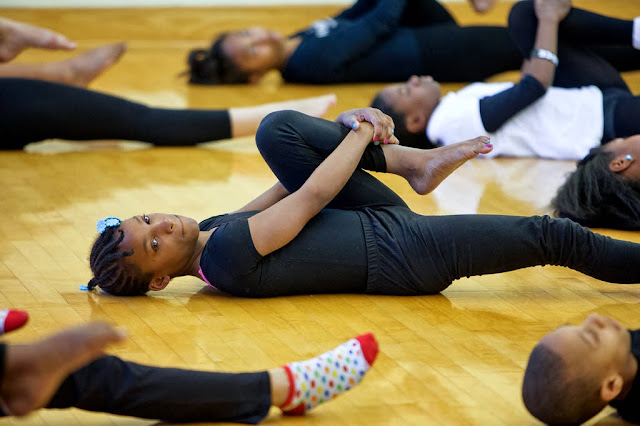 Dasani's parents don't have jobs, both have criminal records and have spent time in jail. Where are the programs to help them find jobs? To train them in a trade or educate them about how to look for and get a job in today's economy? Do they not deserve help or a job just because they made some mistakes in their past?

Of course this story isn't about her parents, it's about Dasani herself. It's about how such a smart, tough and determined girl is floundering in a society that doesn't care enough about what happens to her. She seems to have teachers that care deeply about her, perhaps they are the ones who pointed her out for this journalist to follow? She has a promising future, but only if her intelligence and spunk can be harnessed and used in a constructive way.

How many other Dasani's are out there?
Posted by michellemybelle at 5:10 PM